The victory story against the masive tourism complex – published in the latest issue of ‘’BirdLife Magazine’’. 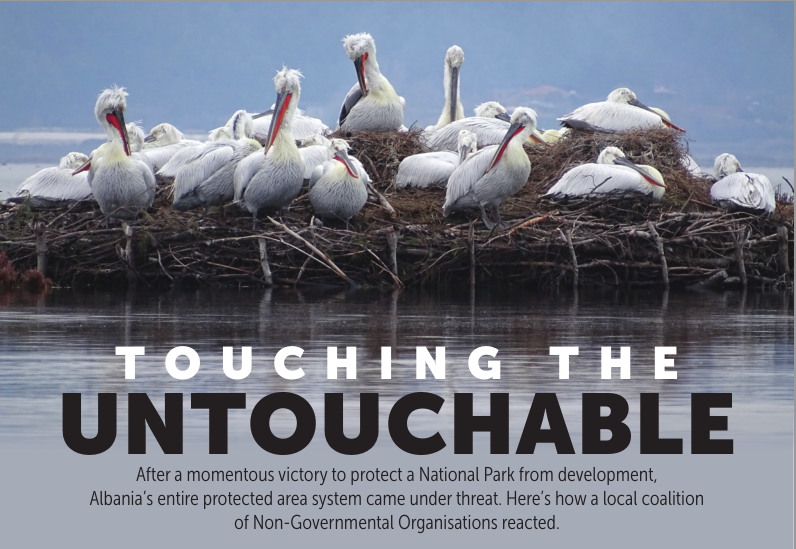 At the beginning of 2017, private investors “Mabetex Group” proposed a masterplan for the construction of a massive tourism resort, the so-called “𝘿𝙞𝙫𝙟𝙖𝙠𝙖 𝙍𝙚𝙨𝙤𝙧𝙩 𝘼𝙡𝙗𝙖𝙣𝙞𝙖” at the Divjaka-Karavasta National Park. The whole panorama of the project was staggering in terms of dimensions, especially its location (core area of the National Park) and its prospective aim to host thousands of tourists within the boundaries of one of the most important parts of the Adriatic coast. The project was in total breach of the National Laws and international conventions ratified over the years by the Albanian government.

The great battle for the protection of this natural surface and its ecological integrity, where the territory of the Dalmatian Pelicans colony is located, is not only echoing within the sphere of Albanian media. The victory against “Divjaka Resort Albania” has crossed the borders of Albania, as it reflects the national and international importance of the Natural Park, where the habitats of rare and endangered birds are supported.

This time, the story of the battle against Mabetex’s touristic project “Divjaka Resort Albania” is published in one of the biggest international bird conservation magazines in the world, with 120 national Partners around the world, 𝗕𝗶𝗿𝗱𝗟𝗶𝗳𝗲-𝗧𝗵𝗲 𝗠𝗮𝗴𝗮𝘇𝗶𝗻𝗲. In the latest edition of “B𝗶𝗿𝗱𝗟𝗶𝗳𝗲- 𝗧𝗵𝗲 𝗠𝗮𝗴𝗮𝘇𝗶𝗻𝗲 “, under the title “𝗧𝗢𝗨𝗖𝗛𝗜𝗡𝗚 𝗧𝗛𝗘 𝗨𝗡𝗧𝗢𝗨𝗖𝗛𝗔𝗕𝗟𝗘” you will have the opportunity to read more about the history of this battle and why this natural surface is important along the Adriatic coast. 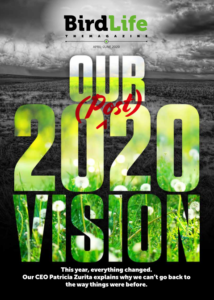 Click here  – and browse the pages of “BirdLife-The Magazine”, on page no.32-33 you will find the “TOUCHING THE UNTOUCHABLE” article.