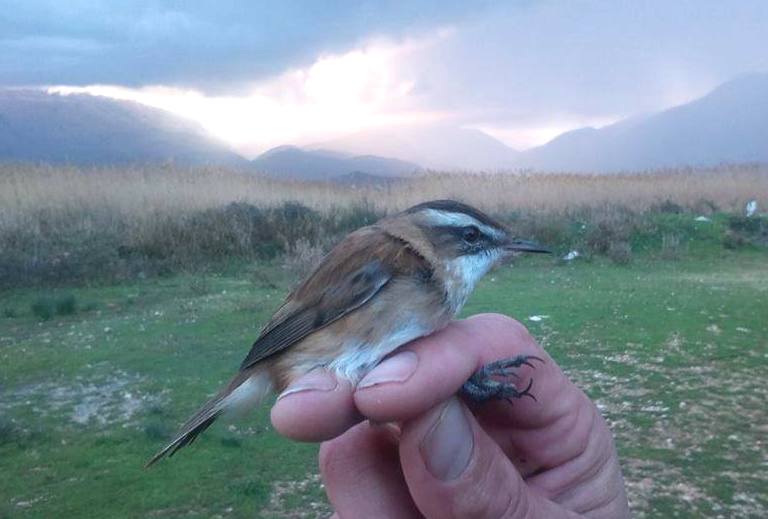 So far it was believed that the Moustached Warbler (Acrocephalus melanopogon) was only a migrating bird in Albania. We had very good evidences on its presence in spring and fall due to our four years bird banding camps all over Albania that managed to ring about 1800 individuals respectively in April-June and October-November of 2014-2017. But the general idea was that the species is neither breeding nor wintering despite one AOS observation of the species in Domni marshes (Buna-Velipoja) on 27th of February 2017. Finally, the bird banding program managed to provide very interesting data about wintering period too. The Kishkunshag Bird Protection Society (Hungary) put again nets in Orikumi on the 8th of February 2018 and captured 9 individuals of Moustached Warbler. Two of them were recaptures of individuals already ringed in Orikumi in October 2017 proving thus that those individuals have been passing the winter in Orikumi reeds. This great evidence increases the importance of Orikumi and other coastal reed beds in Albania as wintering sites for the Moustached Warbler which is an indicator species for Natura 2000 sites. Thanks to or Hungarian colleagues and to this strong cooperative program!