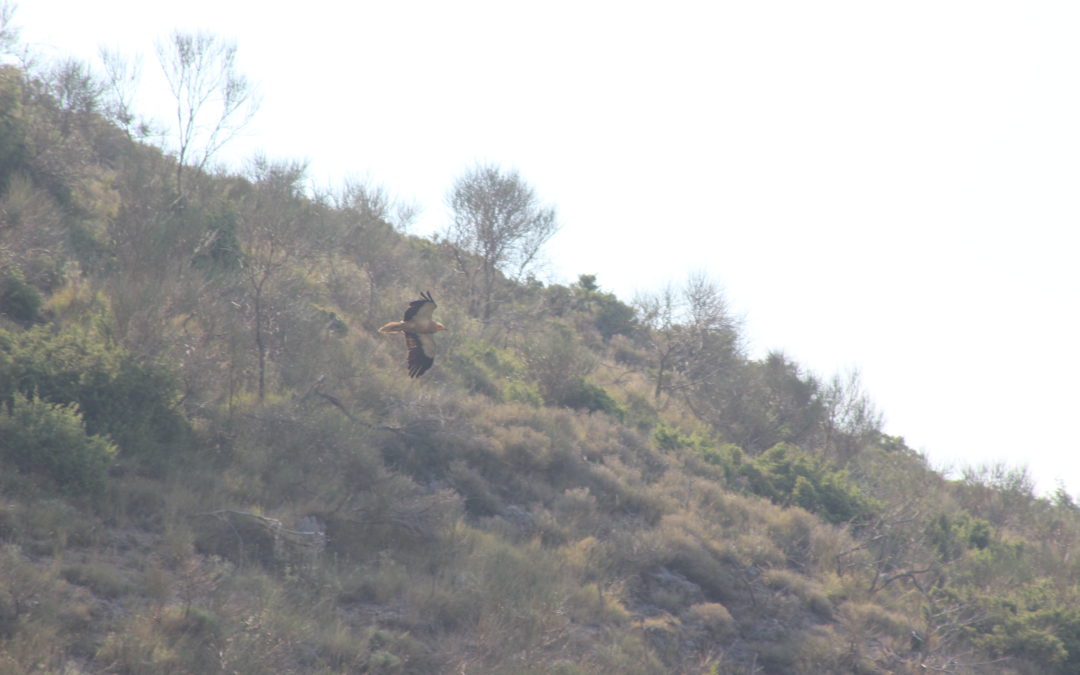 In the early morning of 19th of July, two observers from the Albanian Ornithological Society started the monitoring of one of the EV nests, hoping so much to confirm the breeding success. Our spotting scopes were pointed towards the nest. Unfortunately, nothing was spotted in the nest during first ten minutes. Then, a lovely brownish little bird, much smaller than the adults we used to see before in the nest, was standing in front of us. It was the fledgling of the Egyptian Vulture!

A tiny bit of hope was standing in front of us, giving us faith that our work on the recovery of the Egyptian Vulture’s population in Albania will be successful.

After a short time, one of the parents left the nest, probably in search of the daily food. Later on, the second parent left the nest too, flying in the opposite direction from the first bird. It was such a delight. In a really short time, we saw and took pictures of all the members of the Egyptian Vulture’s “family”.

The fledgling was left alone. We continued to observe the nest hoping for another fledgling to show up but no other was spotted so far.

A lot of challenges await this new bird in the future. It must learn to be independent from its parents before the September in order to be ready for its first migration to Africa where it will stay for at least two years before it returns back. Let’s hope that till then this individual will stay safe and alive! Let’s hope that the overall conservation efforts for the recovery of the species will be successful. Let’s hope that the Egyptian Vultures in the Balkans will swiftly recover and prevail!