During the last week of the last month (May), the field-ornithologists of Albanian Ornithological Society (AOS) conducted a monitoring visit in the Landscape Protected Area of Vjose-Narte, an important wetland site that hosts several waterbirds species. The observations and the results of this field-visit exceeded the expectations of the AOS field-ornithologists team.

AOS team has the extraordinary pleasure of sharing with the public the very special news of the first record of the Terek Sandpiper (lat. Xenus cinereus) in Albania. The species was observed (May 30, 2020) in the Salina of Skrofotina, in the Landscape Protected Area of Vjose-Narta — the exact habitat where the species is expected the most, considering that salinas are a great place for many migratory birds and especially for waders.

Terek Sandpiper (lat. Xenus cinereus)  is a unique smallish wader with stumpy bright orange legs and a noticeably upturned bill. Plumage gray overall with a white belly, but in flight shows conspicuous white trailing edges to wings. Breeds in valley floodplains in tundra and taiga. In the non-breeding season, it occurs singly or in flocks in varied wetland habitats, from fresh marshes to tidal mudflats, and often apart from other shorebirds.

Amongst the other clusters of waders present in the site, the Terek Sandpiper was identified via the following characteristic features that drew the attention of AOS ornithologists – the curved beak upwards, the orange coloured legs, the small body of sandpiper and the special behaviour compared to other waders around it.

In addition, other physical indicators — the grey colour and dark line on the upper part of the wings — give us the impression that the specimen is an adult. As expected, the bird was foraging on small crustaceans, molluscs, and annelid worms that composes the preferred diet during the migration.

The observation of Terek Sandpiper is accidental in Albania, and the bird should be considered as a vagrant. The usual route of its migration from West Africa in the Eastern Mediterranean and the Black Sea while the breeding grounds are located at the edge of Northeast Europe and Northern Asia.

Certainly, the above finding in the Vjosa-Narta wetland area, re-confirm the importance of this site for migratory birds in Albania and the Eastern Adriatic. Hence, actions and the implementation of consecutive conservation measures play a significant role in sustaining the ecosystem of Albanian wetlands. 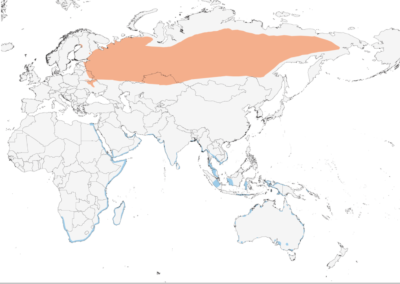 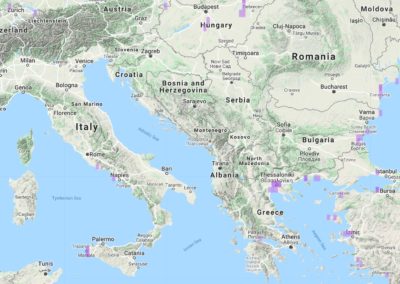 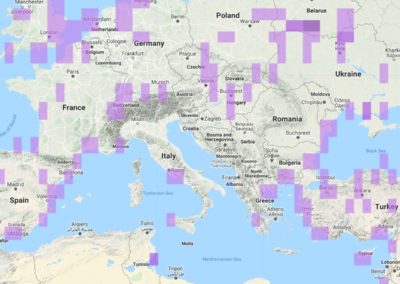 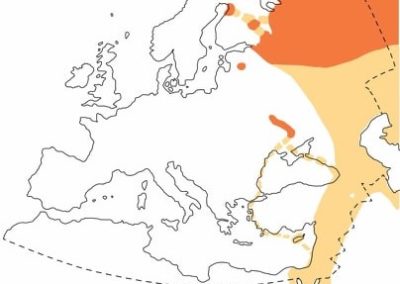