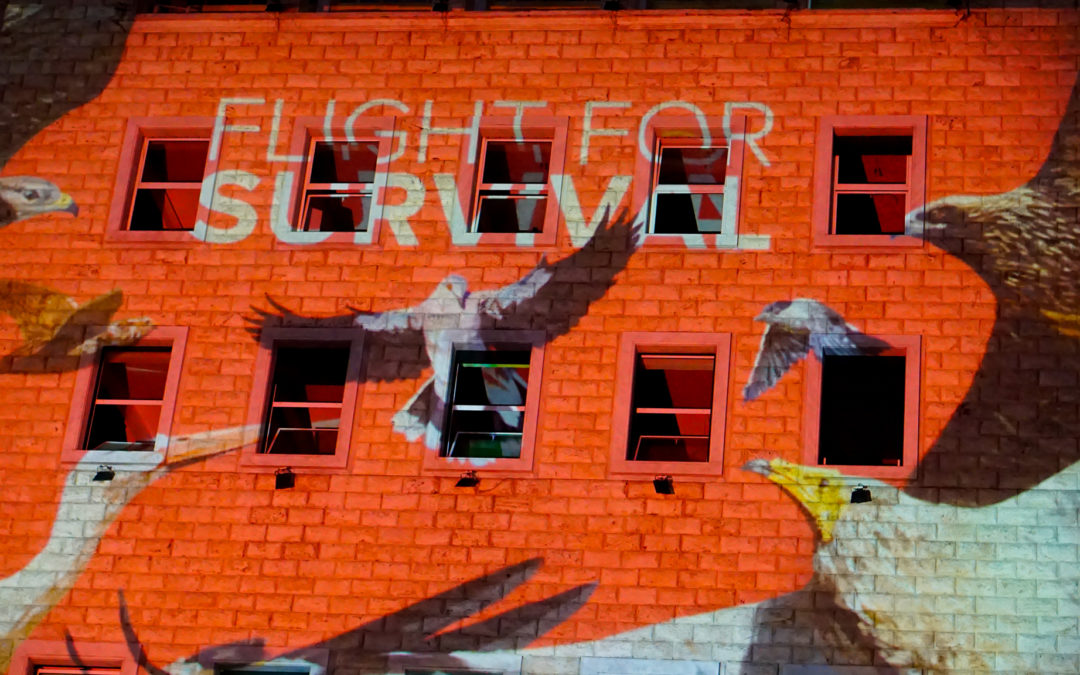 Within the framework of “Egyptian Vulture New Life” and “Combating Illegal Killing and Taking of Birds in Albania”, AOS organized a photo-projection event, “ Flight For Survival”, to introduce to the public seven species which are known as “Magnificent Seven”:

#FlightForSurvival is one of the largest international campaign which aims at putting an end to illegal killing of migratory birds in Mediterranean.

Every year, an average of 25 000 000 birds are illegally killed throughout Mediterranean. The threats posed are the illegal killings and taking, poisoning, electrocution, collision, trafficking and the loss of habitats. Each year, the migration of many birds turns into flying for survival and mankind is responsible for that.

The event was held in Mother Teresa Square where we used the walls of the Polytechnic University of Tirana for the photo projection which was attended by many citizens who were very interested and curious to know about bird migration. AOS’ staff shared information on bird migration and especially on these endangered species.

Photos used for the projection were captured by local and foreign photographers.