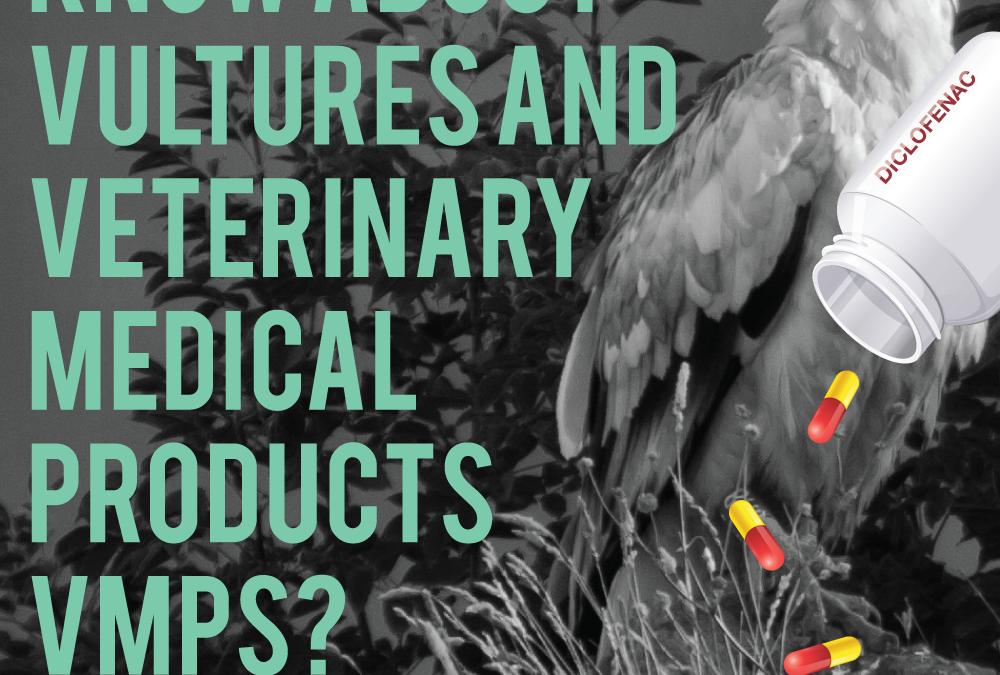 The Albanian Ornithological Society as a national partner within the project “Egyptian Vulture  New life” was tasked with the realization of Action 2: “Identifying and Evaluating the Use of Veterinary Drugs Affecting the Egyptian”.

Environmental and animal protection organizations have expressed concern about the negative effects of Diclofenac. Even in the EU, Diclofenac poses a direct risk to birds and mainly to vultures that are scavengers. Considering the drastic decline in this population, various actors have demanded the categorical prohibition of the use of Diclofenac. Meanwhile, it is noticed from the list that in Albania, this highly dangerous element for the wildlife has been used until 2018. In parallel with a decision of the Council of Ministers in 2018, Diclofenac is classified as a medication that can be taken without a prescription.

In conclusion, we can say that almost all VMPs / NSAIDs, potentially harmful to vultures, are used in Albania. It is believed that some veterinary clinics use illegally introduced medicines while avoiding customs controls and this is another aspect that exacerbates the situation by increasing the opportunities for misuse of these medicines.