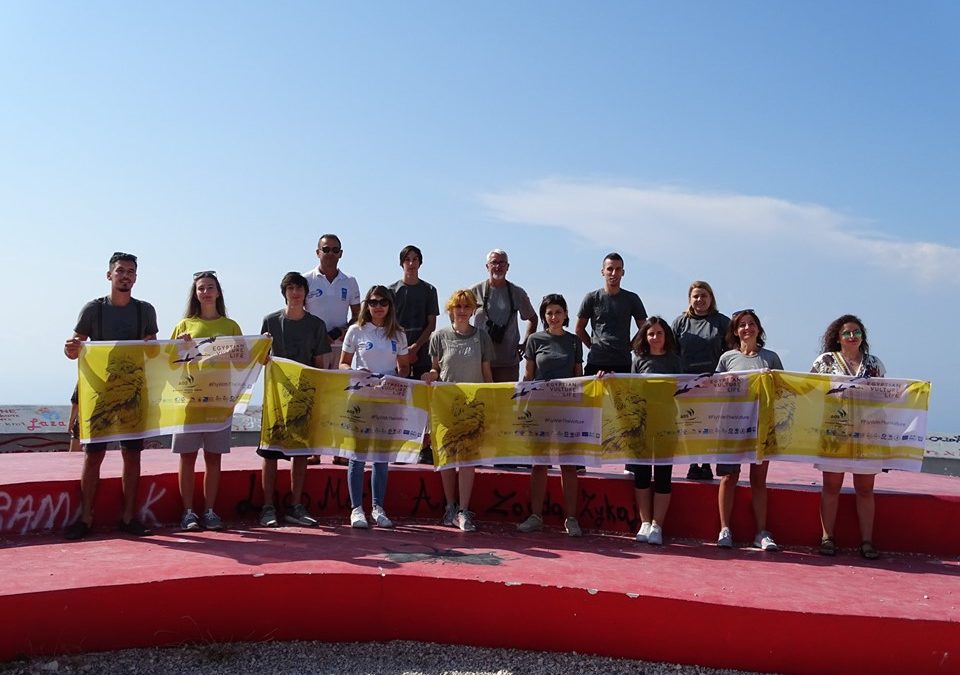 The first Saturday in September each year is International Vulture Awareness Day (IVAD). This international day is dedicated to vultures and raising awareness among the public at large about the conservation efforts undertaken all over the world for the safeguard of vultures, those species of critical ecological and environmental importance yet poorly appreciated by the public.

AOS became part of the international efforts held on September the 7th, IVAD 2019, through a paragliding event, supported by “Egyptian Vulture New Life” project, aiming to spread the message “Fly With The Vultures”.

16 participants representing AOS, the Regional Agency for Protected Areas of Vlora (Ministry of Tourism and Environment), partner NGOs, journalists, social/environmental activists, young people, all supporters of conservation efforts undertaken by AOS, gave a joyous performance across the skies of Llogora National Park, in the very same former nesting territory of the Egyptian Vulture, the last vulture species nesting in Albania.

The event was attended by many more people, professional paragliders, seasonal tourists, visitors crossing by, all interlinked by the message spread through flags, t-shirts, questions and answers related to vulture conservation efforts in Albania and in the Balkans.

AOS activists tried to appease the curiosity of the public by describing the Egyptian Vulture (Neophron percnopterus), highlighting its key role for nature, ecosystem, and mankind, demonstrating conservation actions undertaken so far in Albania and stressing the need for further conservation efforts and public support.

All participants, whether children or young adults, who took the chance to be part of this experience, gave us a breathtaking feeling filled with a major sense of responsibility.

The last paragliding event is just one of our activities for the conservation of vultures in Albania. Yet we aspire to improve the current conservation status of vultures by bringing everyone together, by raising awareness and engaging local stakeholders to take proactive steps in vulture conservation initiatives including monitoring, anti-poisoning efforts, avoiding and mitigating impacts of energy infrastructure and protecting the migratory routes.