Investigate the impact of agricultural chemicals as poisoning agents for the Egyptian Vulture. 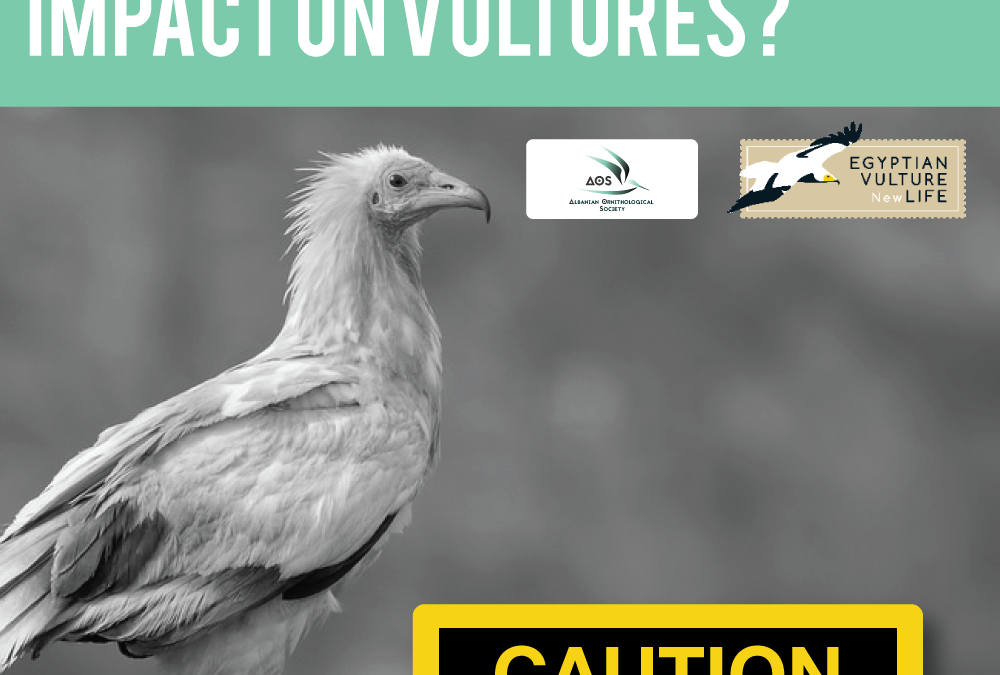 Did you know that agricultural chemicals are considered to be highly dangerous to the Egyptian vulture Neophron percnopterus which is categorized as Endangered on the IUCN Red List?

To confirm this hypothesis,  the “Albanian Ornithological Society” as a national partner, under the “Egyptian Vulture New Life” project, undertook an investigation into the impact of agricultural chemicals as a poisonous agent for Egyptian Vulture in Albania.

To accomplish this activity, AOS has been able to obtain the necessary information from the Department of Agriculture and Veterinary at the Ministry of Agriculture and Rural Development of Albania for all legal agricultural chemicals used in Albania recently. The material that the Ministry has provided us is the complete list of plant protection products, PPP, which is also known as the pesticide list.

From this point of view, if we analyze these lists, based on scientific research we note that very large numbers of pesticides have been used and are still being used in the Republic of Albania. Years ago, the domestic market demand was oriented towards pesticides with immediate, very toxic, detrimental effects on the wildlife as a whole.

At the same time, we note that compositions of some pesticide components pose a risk not only for wildlife in general, but more specifically for the population of vultures, which are most exposed to deliberate poisoning or not due to their consume of carcasses.
​
In Albania, we are faced with the critical fact that only two of the four types of vultures has remained, the Egyptian Vulture and Griffon Vulture, which, besides being very few in number, are directly at risk of poisoning through the misuse of agricultural chemicals as scavengers birds.