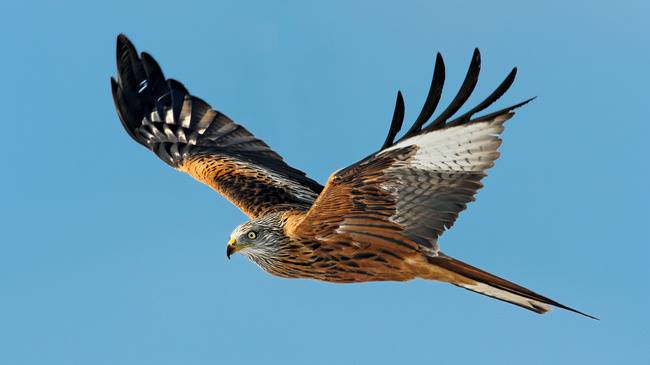 Satelite telemetry enriches our knowledge on Birds in Albania – The migration of a Red Kite (Milvus milvus) in Albania In accordance with the satellite telemetry data, kindly provided to AOS by our Czech colleague David Horal, a migrating individual of Red Kite has already crossed through Albania during 11-13th of March 2018. It is a juvenile female, born in Niederosterreich (Austria) in në vitin 2015 and tagged there as a chick with the GPS-GSM logger AUKI06. This Red Kite has wintered for a third consecutive year in Central and Western Greece and it is now taking its way back most likely towards Austria. This Red Kite has entered from Greece in Albania on the 11th of March 2018, via Vjosa valley, has followed the direction of Osumi river through Ҫorovoda, Poliçani, Berati, Elbasani and Tirana for passing the night in Krasta of Kruja. At this place, the Red Kite stayed two overnights and on the 13th of March it has left for north, crossing over Vau i Dejës and Hani i Hotit for reaching Montenegro. Milvus milvus is a very rare bird in Albania but quite frequent in Western Europe. The majority of the populations occur in between Southern Sweden, Western Europe and Iberian peninsula (Spain, Portugal). Northern populations are migratory and winter mostly in South-Western Europe. A few birds, mostly juveniles, cross the Strait of Gibraltar to winter in Africa. The red Kite is a very rare visitor in the Balkan Peninsula while in Albania has been observed even les frequently in winter and during migration period. Although rarely reported in Albania, it seems that the satellite telemetry could now support our efforts to improve the knowledge on the Birds of Albania. Stay with AOS for other interesting news!