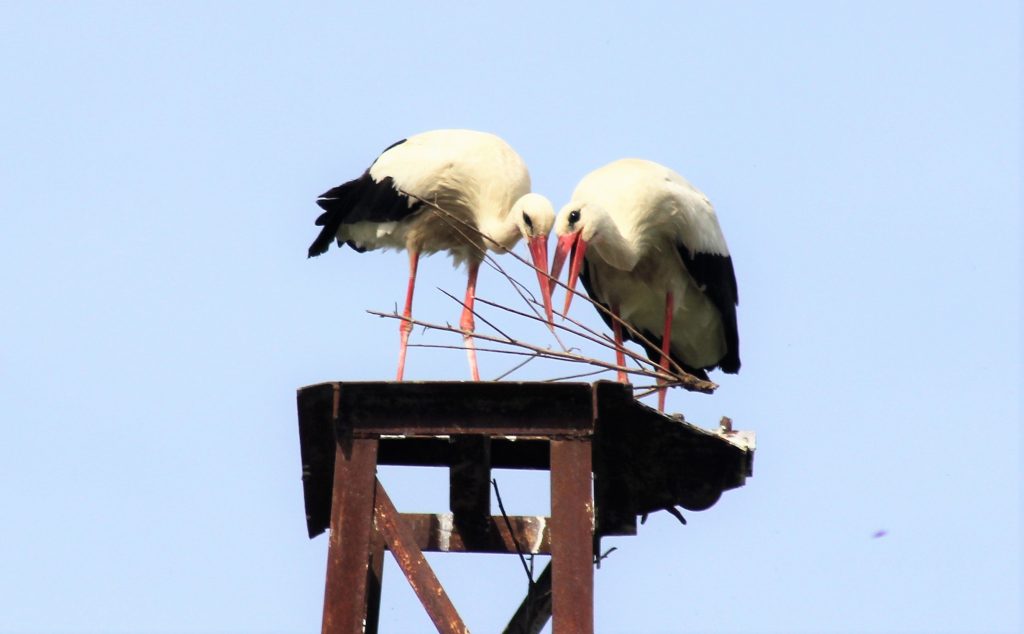 Electrocution and collision have shown to be serious threats for raptors and large water birds, particularly, in the migration corridors (Lasch et al 2010, Rioux et al 2013). Albania includes some important corridors (Drino, Vjosa and Pavllo valleys) for the migration of the mentioned groups of species, where these threats are evident. In the meantime, these corridors, happens to be the main breeding and foraging grounds for the tiny and nationally critically endangered population of the White stork in Albania, with a total number of only 5 breeding pairs. For the White stork, artificial nesting platforms have shown to be an effective measure to increase the breeding population of the species in different areas.

1. Recovery of the breeding population of the White stork (Ciconia ciconia) in Albania.

2. Reduce the negative impact of electrocution and collision in raptors and large water birds in the target migration corridors.

The project is supported by Euronatur, funded by MAVA and implemented by AOS-Albanian Ornithological Society.