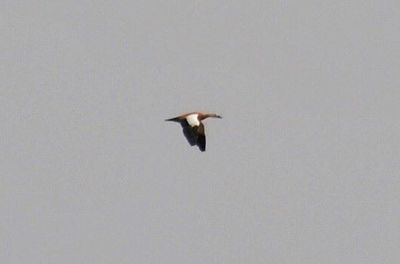 The list of bird species of Divjaka-Karavasta National Park is enriched with a new species: Ruddy Shelduck (Tadorna ferruginea).
This bird presented in the picture, was spotted on the 26th of February 2017 from Louis Seiller, one of our new members.
The Ruddy Shellduck was believed not present in Albania considering that it was not observed for the last 25 years. But two recent observations, first one individual, unfortunately shot dead, in 2014 and this one in flight in 2017, make it again available for the list of birds spotted in Albania.
We hope that the future provides for new observations of this very rare bird due to its geographical distribution further east from Albania. We wish also that our bird is wild and not an escape from the zoos of neighboring countries.
Congrats to Louis Seiller!!! VERY WELL DONE! 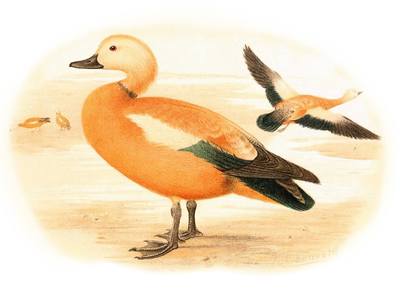