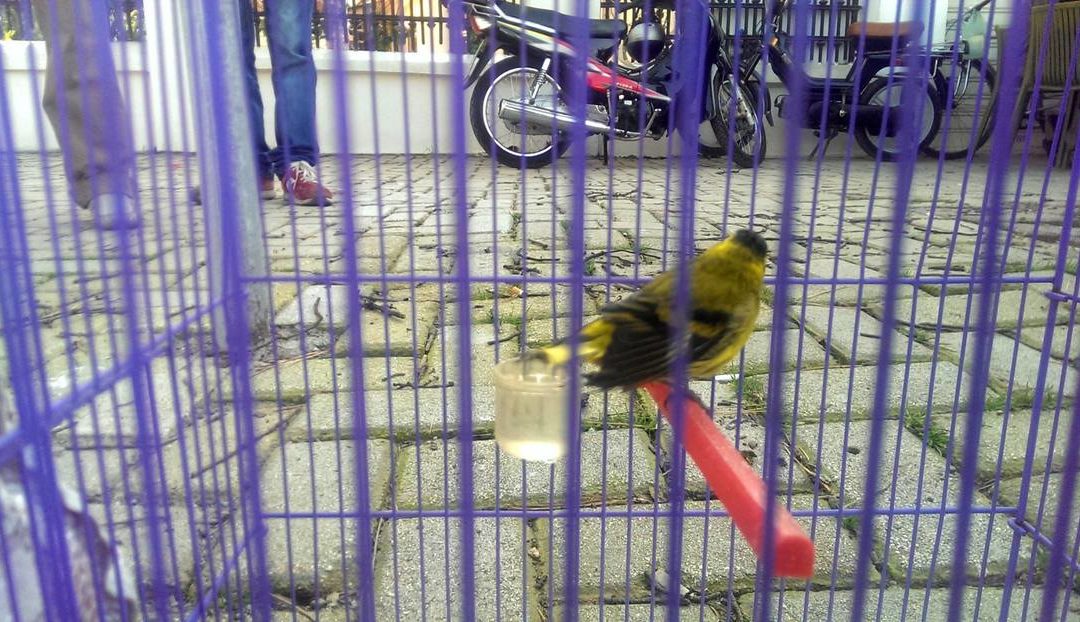 Every year, at least 36,000 songbirds or 360,000 of them in a 10 year period, are illegally captured with mist nets in Albania.
Only a small part of it survives for being illegally sold in the local market. The bulk dies during the capture, imprisonment in horrible conditions of too many individuals in very small cages, lack of food and life in cages.
The above figures, based on recent data from AOS, are now published even by Broche et al. 2016 (BirdLife International) stating that c. 265 thousands of wild birds are killed or illegally taken, every year in Albania, due to poaching and capture with mist nets. Unfortunately, Albania is one of the 10 worst Mediterranean countries where illegal killing of birds has a huge impact upon bird populations.
Today, the capture of protected species as Goldfinch (C. carduelis), Serin (S. serinus), Greenfinch (C. chloris), Siskin (C. spinus), Linnet (C. cannabina) etc has become a profitable business for a range of parties including the illegal mist net trappers, animal shops and ambulant sellers of Sunday morning at “Avni Rustemi” square, just 250 meters from the central office of the State Inspectorate of Environment and Forests. The latter is obliged by the current legal framework to stop and eliminate this form of illegality.
YES ! THIS MASSACRE COULD AND SHOULD BE EASILY STOPPED!
It should start with animal shops whose illegal selling of birds is an important reason of illegal capture. Only in Tirana, there are 25-30animal shops selling birds openly and giving thus a bad example of illegality for the citizens, children and our relationship with nature.
NOW THE QUESTION REMAINS: – HOW FAST WILL REACT THE STATE INSPECTORATE OF ENVIRONMENT AND FORESTS AND MINISTRY OF ENVIRONMENT?