THE GOLDEN EAGLE, OUR NATIONAL SYMBOL, IS SHOT WITH A FIREARM 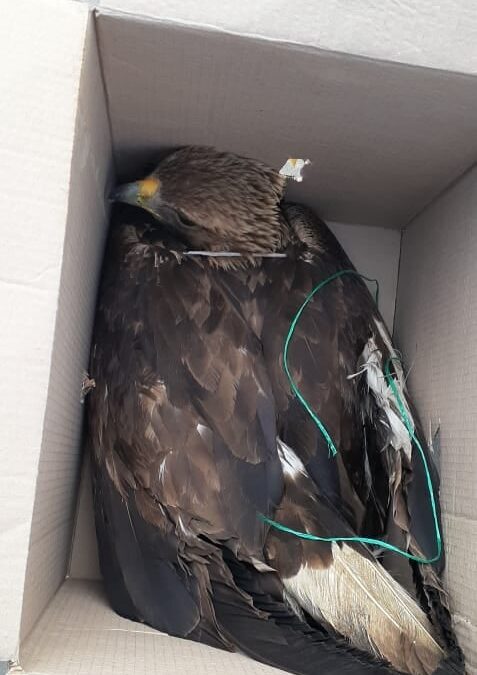 A few days ago, the staff of RAPA Berat notified about the finding of a Golden Eagle (Aquila chrysaetos) in Skrapar. The eagle was promptly transported by them to the Bird Rehabilitation Center in Divjaka-Karavasta National Park. The X-ray, performed by RAPA Fier, confirmed the suspicion that the bird was injured and unable to fly. The X-ray scan revealed that the body of the Golden Eagle was covered with pellets and the right wing was broken. Most likely, the bird was shot with the intention to be caught and used for trade. Therefore, we are dealing with a victim of poaching for the purpose of illegal wildlife trading. Both actions are strictly prohibited and should be penalized.

The Golden Eagle, this national symbol, the magnificent bird of our mountains, is an integral part of our national identity and pride. Therefore, the shooting or trading of this eagle is not yet another murder or trading case that should be neglected. It is murder and desecration of our national symbol and the responsible authorities should take the case very seriously and investigate it as any important crime is investigated.
This crime is even more serious than it appears if we take into account that in the last 20 years, the population of the Golden Eagle has suffered a drastic decline. If in the early 2000s, BirdLife International reported 50-150 pairs of Golden Eagles, the European Breeding Bird Atlas reports in 2020 of only 25-63 breeding pairs.

So in the last 20 years, the population of the Golden Eagle in Albania is estimated to have declined by about 50-60%. It is a catastrophic and extremely disturbing decrease in numbers for every institution and every citizen!

The authorities must react with an immediate investigation of this case so that this sad news won’t be used only to tarnish Albania. They must react for the recovery of our national symbol that is in danger of disappearing from historical memory. Numerous years of persecution, murder, capturing of the younglings, poisoning and disturbance of nesting habitats are destroying our symbol. This loss is irreparable because preserving historical memory is more important than anything.

If we do not take action today, tomorrow no one will be able to talk about the symbolic connection of our nation with the Golden Eagle and Albanians can be called anything but the sons of the Proud Eagle! 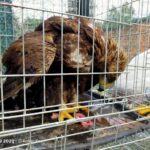 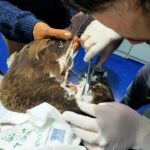 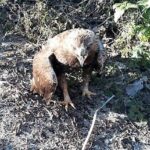 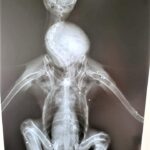 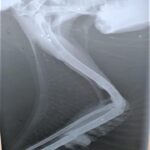 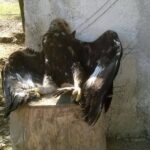