There is Hope for White Storks in Albania Again

The spotlight of this season is definitely on the White Stork population in Albania!

Historically a widely beloved symbol of good luck, the White Stork has in the past been a common species, living alongside us – using trees, rooftops, chimneys, and electric poles to build their nests. However, nowadays, the White Stork population in Albania has declined and an observation of this species is regarded as a glad tiding.

Recently, the field-team of Albanian Ornithological Society (AOS) revealed the newest update on White Storks nesting in Albania – seemingly, we have an increasing trend of White Storks in Albania, based on the latest reports that we have received from AOS local supporters and the consecutive monitoring visits conducted by AOS team.

Meanwhile, four (4) individuals have been observed for several days in Çermë sector (observed by Ervin Allushi); seven (7) individuals were seen foraging – near the village of Spolat (observed by ViniÇela); two (2) individuals have been reported between Thumana and Ishmi (by HenesDeliu) and last but not least, in Mesopotam, recent observations show the return of the Storks – this year they were spotted trying to build a nest on a medium voltage pole on the side of the road.

White Storks are particularly vulnerable to collision with overhead power lines and the threat of illegal shooting along their migration routes. To mitigate those threats within the area where the White Storks in Albania are present, AOS has installed artificial platforms, aiming to prevent cases of collision and electrocution from energy infrastructure among White Storks, within the framework of “Measures to mitigate electrocution and collision in some of the main migration corridors, with emphasis on the recovery of the breeding population of the White Stork (Ciconia ciconia) in Albania”.

Above all, we are grateful to those who reported to us through videos and photos the  White Storks observed in their area! Let this news serve as an open call for cooperation from all bird lovers to report cases of stork sightings in Albania. Many eyes are always better! Let’s give to the White Storks the hospitality and attention they deserve! 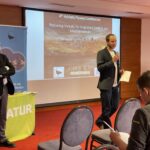 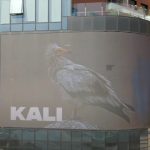 4 REASONS TO CELEBRATE IN A DAY/WEEKEND! 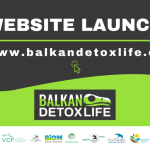 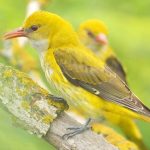 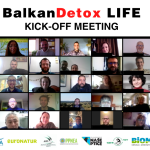