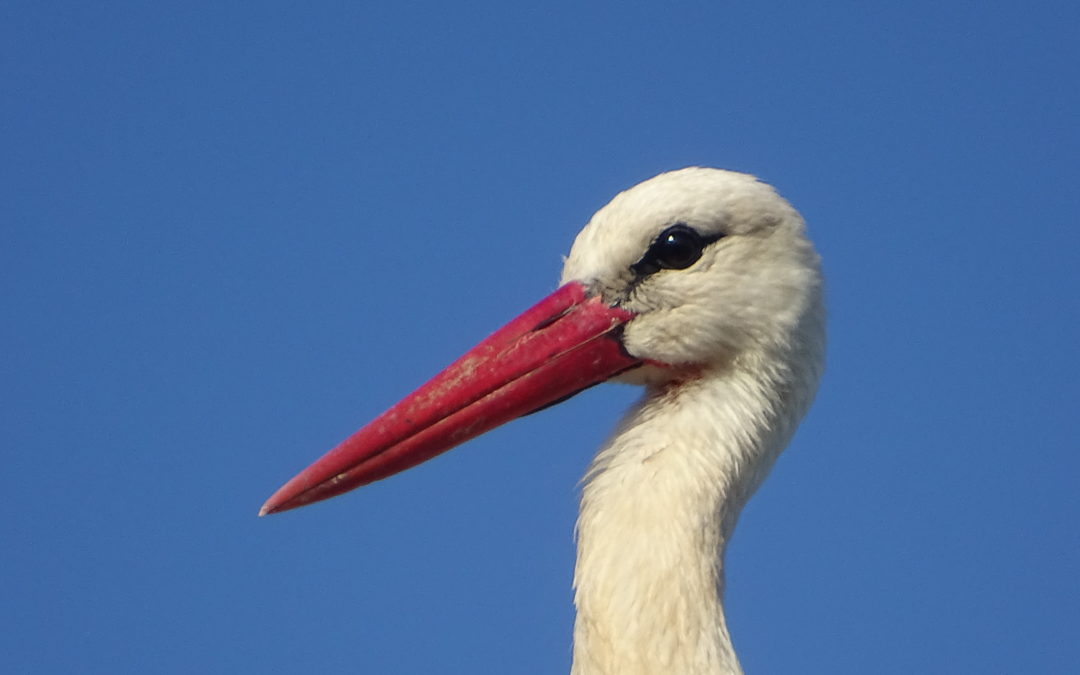 White Stork (Ciconia ciconia) is a huge migratory bird of Ciconiidae family. It prefers to build its nest close to humans’ settlements, such as: roofs, cult objects, old buildings, high trees, and recently in electrical poles. From all birds, White Stork is the most well-known and worshiped bird, thanks to the closeness with humans. Unfortunately, this closeness has had also some negative consequences as recently this bird has been disturbed by human activities.

White Stork is not an endangered species when we speak globally but, unfortunately, a quite different reality is present in Albania. Today, only 6 breeding pairs are estimated to live in our country, unlike the past when it was present throughout the country with hundreds of breeding pairs.

Due to a large network of electric power distribution (about 15,600 km – low and medium voltage power lines, and about 2,584.9 km – high voltage power lines), numerous cases of electrocution and collision has been recorded in Albania, speaking thus for a serious threat to the life of birds. Therefore, various initiatives are undertaken in order to mitigate electrocution and collision in our country. So far, we have been proceeding only with the insulation of some dangerous poles.

Recently, within the framework of “Measures to mitigate electrocution and collision in some of the main migration corridors, with emphasis on the recovery of the breeding population of the White Stork (Ciconia ciconia) in Albania” project, AOS installed the first breeding platform for the White Stork in one of the existing nest in a high voltage pole (110 kV), located in the north-eastern part of Fieri.

Power lines have served for years as nesting places for the White Storks whenever their traditional nesting places are lost due to human impact. They serve as safe nesting sites but on the other hand represent a real threat to White Storks. It happens that birds, particularly young birds, could create a short circuit with electric current flowing through the bird’s body causing electrocution and death. Even the transmitting system suffers from technical failings demonstrated through long outage of electricity supply.

One of such endangered nests, it occurs since three-four years on the north-eastern part of Fieri, in high voltage power line under the administration of Transmission System Operator (OST). The nest occurs very close to the power line, exposing thus the birds to a continuous electrocution risk.

In order to avoid that risk, both for birds and for the transmitting net, AOS and OST, decided to intervene the last Friday and built an artificial nesting platform. The artificial structure was posed some 50 cm above the existing nest while the remaining nesting material was replaced above the platform.

The breeding platform was installed on March 8, 2019 and it resulted successful. Five days later, on March 13, 2019 the White Stork returned to his new and safe home. AOS has been monitoring the nest every month to see its progress and to measure the reproduction success. A great contribution on the monitoring of the nest has given the local community, reporting to us any development regarding the nest.