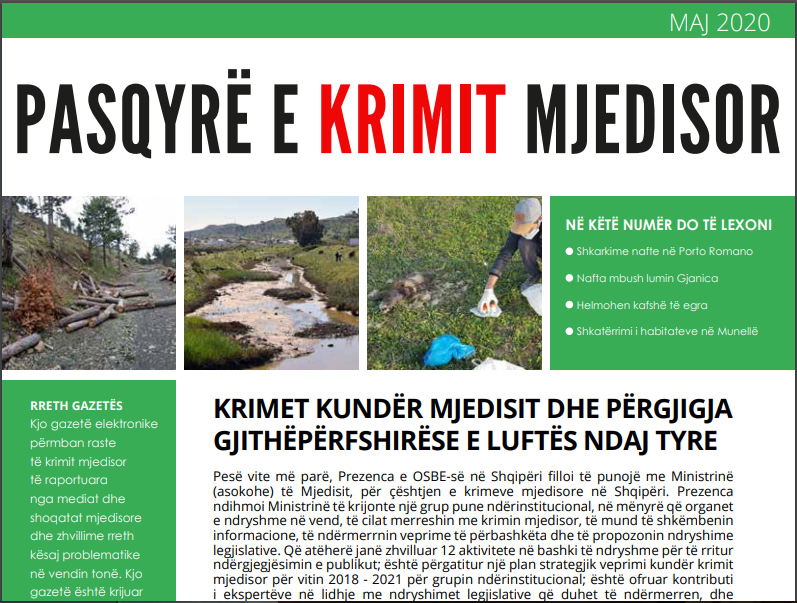 The first edition of the joint electronic newsletter of REC Albania (The Resource Environmental Center) and OSCE Presence in Albania (Organization for Security and Co-operation in Europe), entitled “Environmental Crime Digest No.1 ” was published at the beginning of June.

Amongst other cases reported by different stakeholders involved in this issue, Albanian Ornithological Society (AOS) reported on two carcasses of European badger, suspected as poisoning cases.

English version of the article published in the May edition of “Environmental Crime Digest” by AOS:

On May 6, 2020, the Albanian Ornithological Society (AOS) reported two carcasses of European badger (Meles meles), suspected as poisoning cases (Kavaja and Durres). To verify whether we were encountered with poisoning cases, AOS followed the anti-poisoning protocol, which consists of taking samples from the soil, below and near the carcasses at a depth of 5 cm, taking samples of entomofauna, and in the investigation for the presence of poisonous baits and for the presence of packaging of toxic substances (plastic bags, bottle) around the carcasses. Meanwhile, the carcasses of two European badger were buried, unable to be sent to the laboratory of necropsy and toxicological tests due to the pandemic situation. The process of burying is necessary in cases where poisoning is suspected, as in this way we prevent the poisoning of many other scavenger animals. Reporting such cases is very important, as it gives us information about the scale and the extent of wildlife poisoning in Albania, which today is a real threatening factor for all carnivores including eagles, vultures, and many other birds endangered.

The case was reported by the Albanian Ornithological Society (AOS) 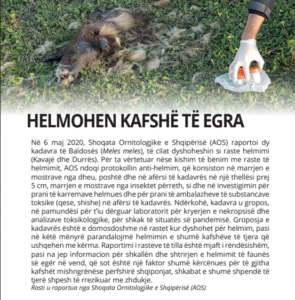 The first publication of “Environmental Crime Digest No.1″ – HERE.