Inspection on Wildlife Poisoning in Albania. 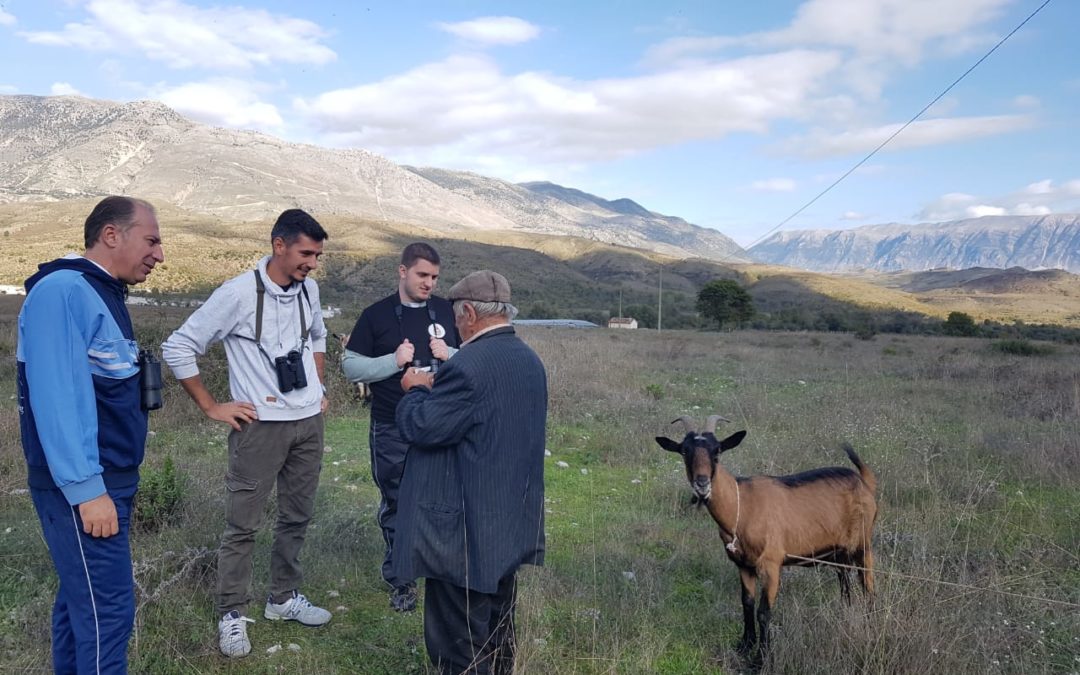 In the Balkan Peninsula, poisoning is one of the main threats to the population of vultures in the region. The existence of wildlife poisoning is a well-documented practice recognized by relevant institutions, inspectorates and agencies in the Balkan countries. At present this practice is illegal in Europe, including the Balkans, but it is still in use by local people as a quick and affordable “solution” for resolving the conflicts with predators and other wildlife. Investigating wildlife poisoning is a complex process that requires the cooperation and capacities among the key actors of this issue, including institutions (legislation), agencies (monitoring and survey of the territory), research institutes (toxicological analysis, necropsies). AOS is partnering with several structures to increase capacities and to include wildlife poisoning in their program.

Over the first week of November, in three days AOS team & local volunteers visited 22 villages throughout the territories of Tepelena and Gjirokastra (south of the country). During the second visit, conducted within the framework of the “Balkan Anti-Poisoning Project” project, AOS team faced different opinions and approaches of the shepherds and locals on wildlife poisoning. This visit provided an overview of the situation on how local shepherds protect their livestock areas from predators (non-friendly-poison baits, etc. / friendly methods -dogs, etc.), how they perceive the impact of poisons on wildlife and how the species presence has changed compared to the past (population and the presence). 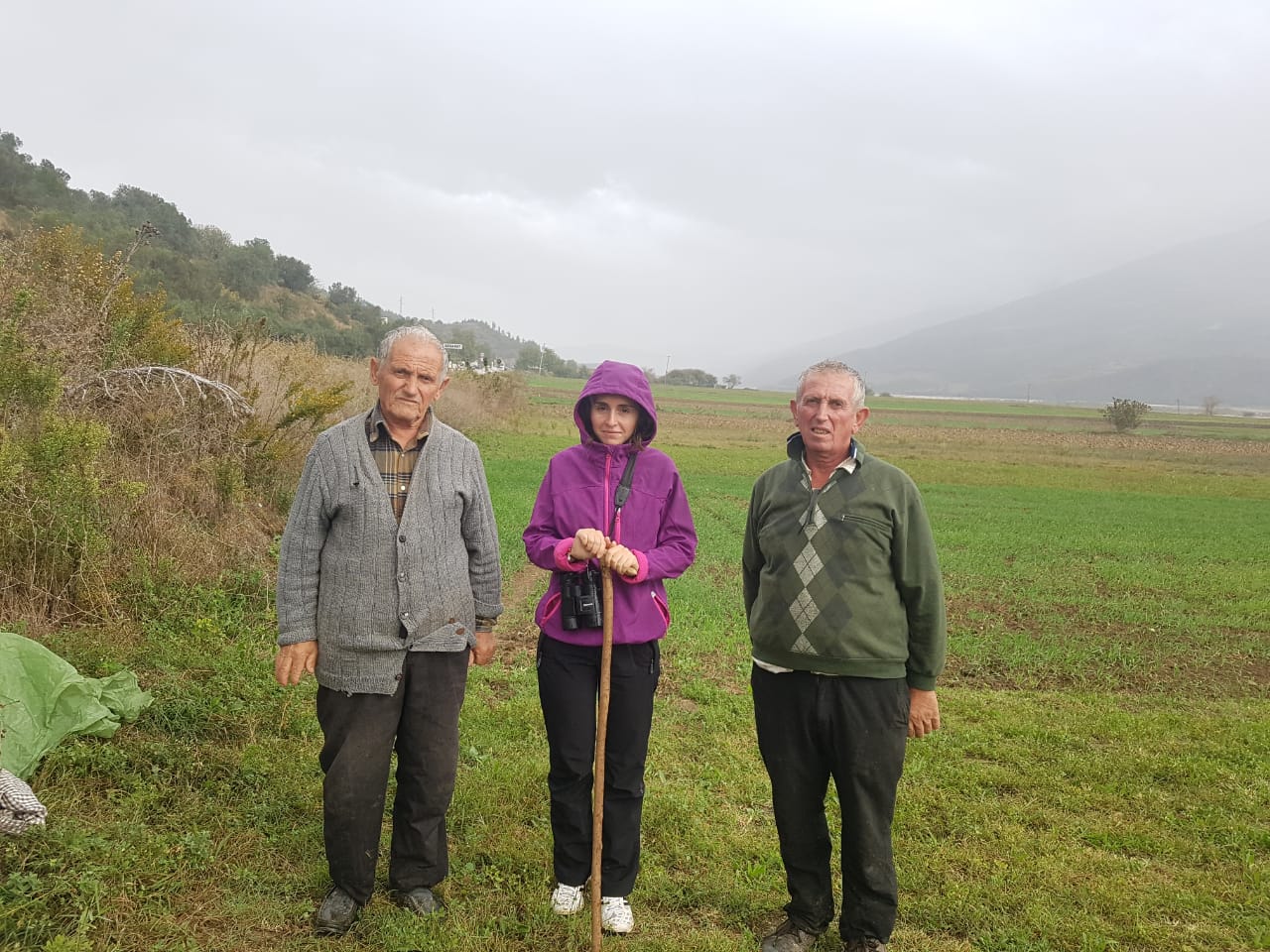 In the middle – Klea Duro (AOS team) next to her are – two of the shepherds interviewed in the area of Tepelena, Qesarat.

The dialogue with local shepherds about the species flying over the territories in which they live provided AOS team with very valuable information on species presence in the past and nowadays. Some of the locals were aware of the reduction of the species over the last two decades.

Shepherd V. C. said: “Egyptian Vulture has been present in this area but as the results of the presence of poisonous substances and habitat destruction/loss, this species has become very rare for us.”

As the Egyptian Vulture population shrinks, its silhouette remains nevertheless in the memory of the locals living in EV former territories and they wish to see it again. Tackling thus wildlife poisoning is a must.

Being identified as a serious problem, wildlife poisoning needs to be investigated in detail and conservation actions need to be carefully planned and implemented to achieve targeted results. AOS is still gathering data and assessing the situation regarding wildlife poisoning in Albania. Collaborating and partnering with shepherds, local communities, national and international institutions and partners is crucial in finding and working toward a long-term solution. 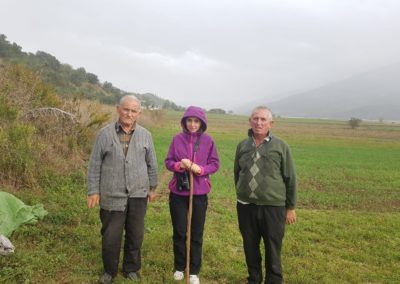 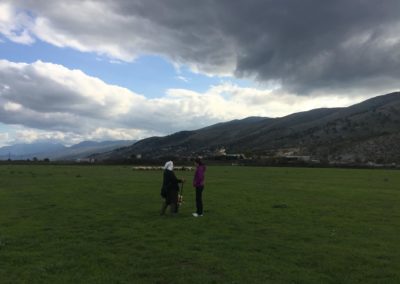 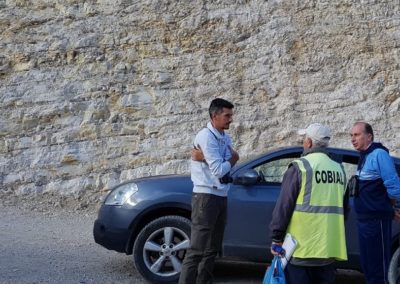 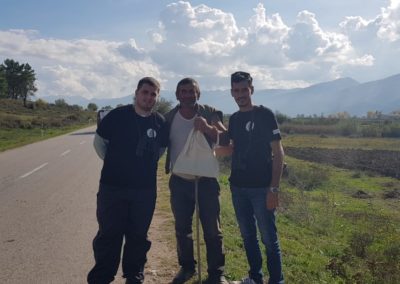 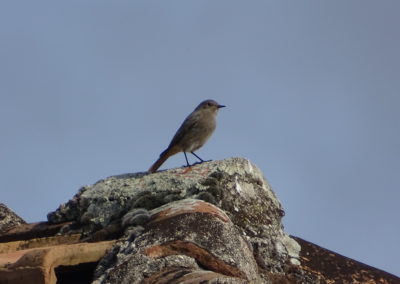 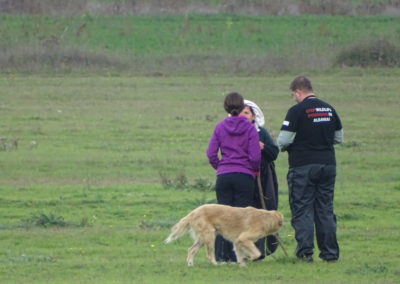 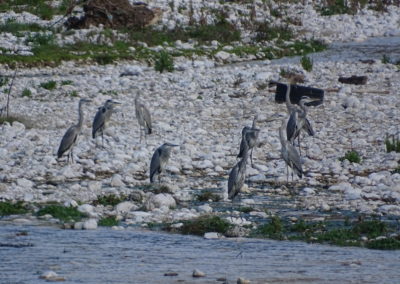 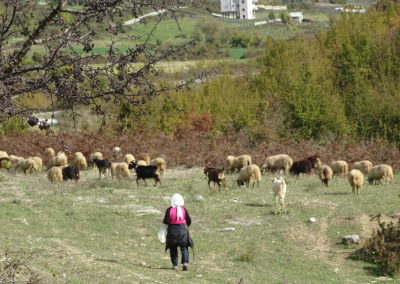