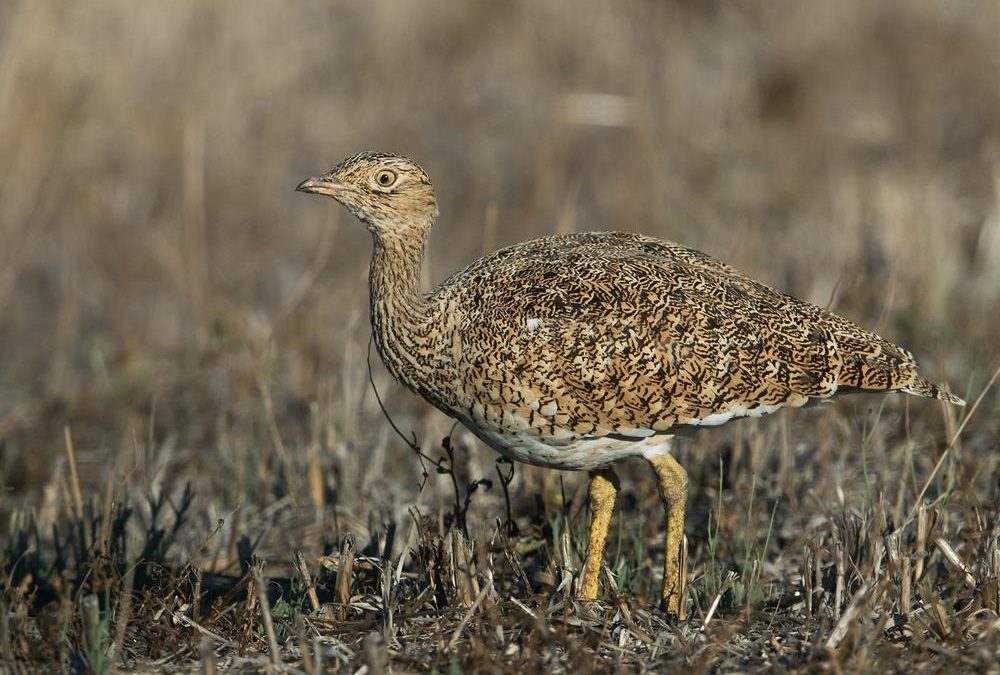 This extremely rare picture for Albania, has been sent to us from an AOS friend circa more than one month ago. At last, we decided to publish it despite the internal debates on the image considering that the following information is very important and it could not be neglected. This is the first ever published evidence in the last 25 years on the existence of the Little Bustard (Tetrax tetrax) in Albania. The species has the size of a pheasant and it usually occurs in habitats with low grass plants, often in dry and salted lands. Males and females differ in their plumage. The global population of the Little Bustard is estimated at 100,000-499,000 individuals (BirdLife International, 2018. Species factsheet: Tetrax tetrax). The species is composed by two breeding widely separated populations, the eastern one concentrated in Russia and Kazakhstan, the western in Spain and Portugal. Despite its widespread distribution and its high number of individuals, the species is considered as Nearly Threatened (NT) due to the strong decline in many countries and particularly in Europe. In the Balkan Peninsula, the species is reported either extinct or in very strong decline. Its presence in Albania, reintroduces the country in the distribution map of the species, gives credits to the dry and salted lands, lowland dry terrains and agricultural plots with low vegetation as important habitats for this species and other ground nesting birds, raises the awareness for more ornithological surveys such understudied areas and demands stronger cooperation with farmers, hunters and other interested citizens.