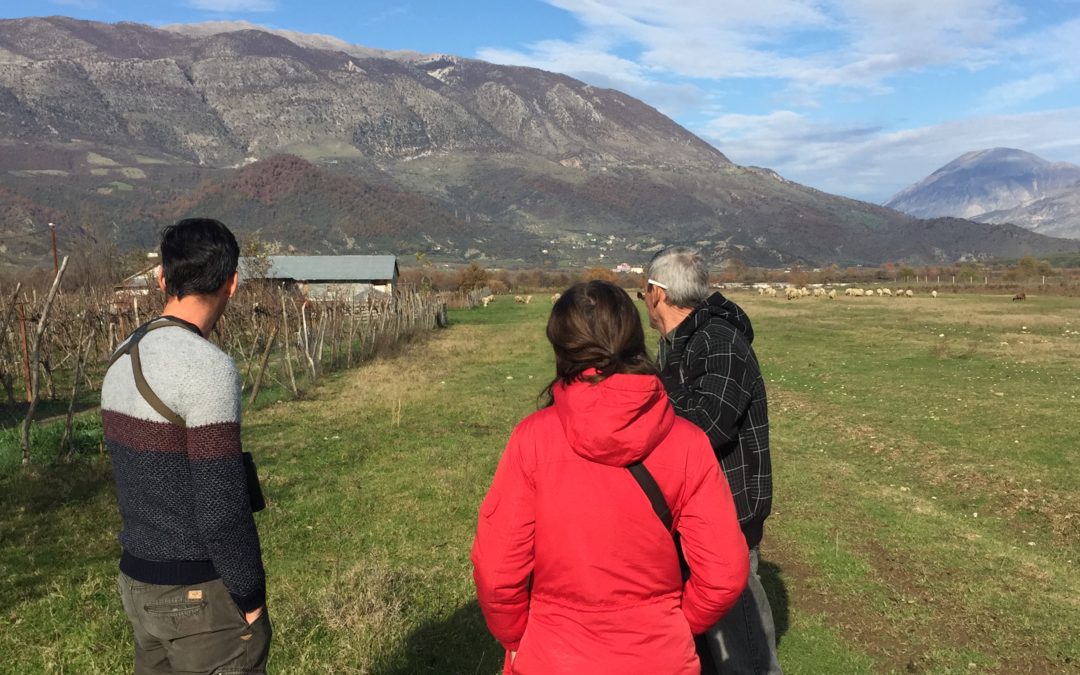 At present, the use of poison baits is defined by law as an illegal practice in Europe, including Balkans (recently – Albania), but is still in use by local people as a quick and affordable “solution” for resolving the conflicts with predators and other wildlife. Unlike the other countries in the region, Albania doesn’t possess data on the past wildlife poisoning trajectory and the current situation related to the vulture mortality.

During September-December 2019, in the scope of the “Anti-Poisoning on Wildlife in Albania” project, a dedicated team of the Albanian Ornithological Society (AOS) has conducted a survey in the south of the country. The survey aims to fill gaps on the data of wildlife poisoning in Albania, specifically in the use of poison baits against wildlife, the driving factors, as well as the consequences.

The selection of the areas where the survey was conducted was based on the high concentration of livestock, which increases the probability of poison bait usage, and proximity to Egyptian Vulture breeding territories, the country’s only breeding vulture species, whose population decline throughout the Balkan region is mainly caused by wildlife poisoning.

A total of 158 people, including shepherds, farmers, locals, and veterinary & agricultural pharmacy employees were surveyed on use of poison baits, from which circa 10% of the interviewees (16 persons) confirmed the use of poison baits. Meanwhile, another 10% of the interviewees (15 persons) said that they know this practice but they don’t use it because of the risk of poisoning their own dogs. Poison baits are used not only against predators that cause damage to livestock, such as wolves and bears but also against foxes that cause damage to poultry. It is also seen as a means of solving personal conflicts, for example, neighbours poisoning each other’s pets. Regarding the poisonous substances used in baits, the interviewees have described them as “very toxic substances”, or “white powder”, “yellow powder”, etc, and in most of the cases, they were not able to give a specific name for these substances, with the exception of “Selino” (3,4 – Dinitrophenol). It is a very toxic substance, banned in our country but that, unfortunately, it results to be still widely used in rural areas.

The outcomes of the surveys are important for the further actions/measures that should be undertaken by the local and national institutions in the function of tackling wildlife poisoning in Albania. Wildlife poisoning is a serious problem, which needs to be investigated in detail and conservation actions need to be carefully planned and implemented in order to achieve the desirable results.

Meanwhile, AOS remains engaged in investigating the phenomenon of wildlife poisoning in Albania, by informing and raising awareness in local communities and gathering and closely collaborating with the involved institutions for further measures.

For more details click below to read the full version of the outcomes of the survey: 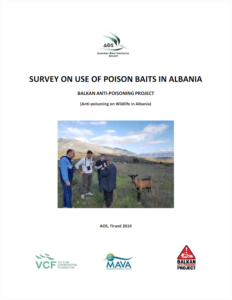 Surveying for poison baits use in Albania

The survey on the use of poison baits in the south of Albania was conducted within the scope of the “Anti-Poisoning on Wildlife in Albania” project, supported by Vulture Conservation Foundation (VCF) and MAVA Foundation.