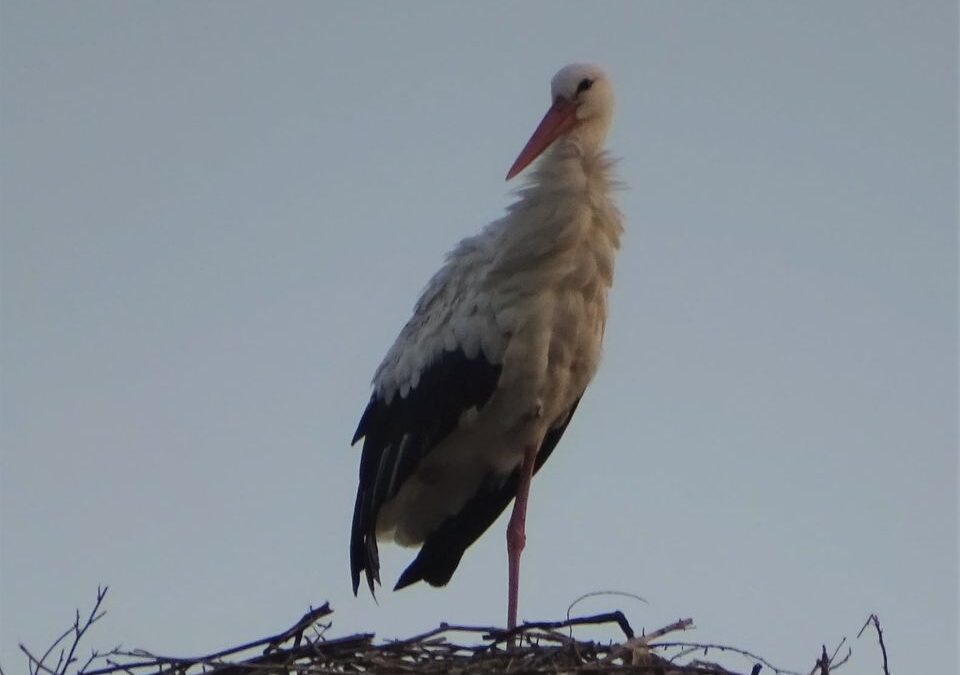 𝐃𝐨 𝐭𝐡𝐞 𝐖𝐡𝐢𝐭𝐞 𝐒𝐭𝐨𝐫𝐤𝐬 (𝘊𝘪𝘤𝘰𝘯𝘪𝘢 𝘤𝘪𝘤𝘰𝘯𝘪𝘢) 𝐰𝐢𝐧𝐭𝐞𝐫 𝐢𝐧 𝐀𝐥𝐛𝐚𝐧𝐢𝐚? “No!” would reply anyone aware that the White Storks breed in Albania during March-August, leave the country in August-September, travel thousands of km towards Africa where they spend the winter and return in spring at the same place for nesting.

Despite the above, two adult White Storks breeding in Fier seem to have decided to spend the wintering season in a breeding platform built by AOS and OST. From here, the two White Storks undertake daily trips in search of food. AOS had the chance to take pictures of one of them and has the great pleasure to share the pictures of this rare wintering sightings.

𝐖𝐡𝐲 𝐝𝐢𝐝 𝐭𝐡𝐞𝐲 𝐝𝐞𝐜𝐢𝐝𝐞 𝐭𝐨 𝐰𝐢𝐧𝐭𝐞𝐫 𝐢𝐧 𝐀𝐥𝐛𝐚𝐧𝐢𝐚? There are more and more cases of White Storks wintering in Europe while the majority of them spend the winter in the African Continent.

1. Those wintering in Europe might face a harsh winter resulting in lower survival rates. This is particularly true when the food resources could be missing.

2. In case the winter is mild, White Storks could find enough food, spend the winter without major difficulties and get ready soon for another new breeding season, without facing the multiple migration difficulties including illegal killing, collision with wind turbines and powerlines etc.

We hope on the second scenario and eagerly wait to find out more about the wintering of White Storks in Albania. 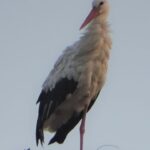 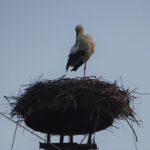 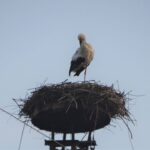 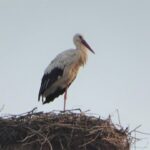 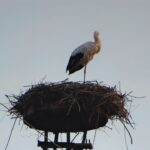 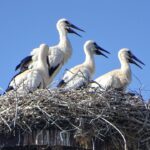