The discreet bird is already observed: Black Storks in Albania 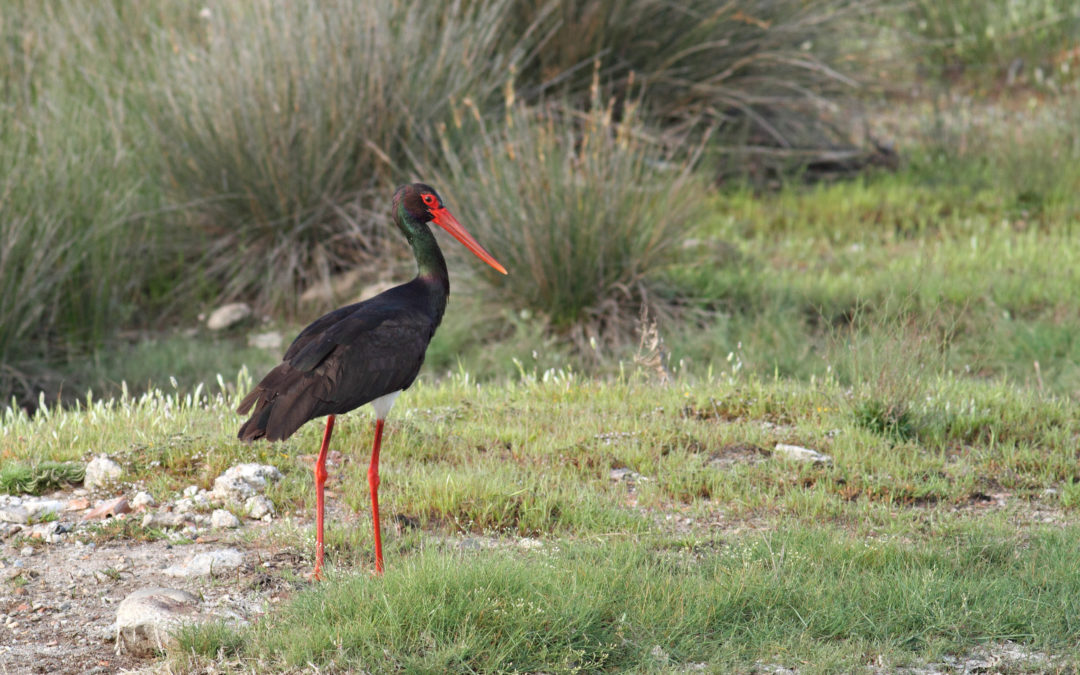 Another equally wonderful stork occurs in Albania. It is known as the Black Stork (Ciconia nigra) and as many other breeding birds, it comes to Albania during the spring season.

The latest field-monitoring visits conducted by the Albanian Ornithological Society (AOS) team of experts and volunteers have been dynamic as a result of the variety of observations, including here the observation of the discreet species, Black Stork (Ciconia nigra). Three individuals of Black Stork were observed in the area of Gjirokastra, a place with several observations of these birds in the last years.

The Black Stork, unlike the White Stork, is a solitary bird that avoids contact with humans. It prefers old, undisturbed forests with tall trees where it builds its nest. Meanwhile, it prefers foraging habitats with shallow waters such as marshes, swamps etc. where it hunts fish, amphibians, small reptiles, insects, snail, etc.

It is this way of living, away from human attention, that has made the observation of this species a rare event. The data that we have on this species is scarce due to its rather discreet behaviour. The Black Stork has been nevertheless observed mainly near river valleys and other watercourses such as in the Vjosa Valley, the Drino Valley, Bua, Drini i zi, Kardhiqi stream, Benca stream, etc. Areas such as Divjaka, Akërnia, Thana reservoir, Bulo are also known among the places where it spreads.

These and other observations in Kuta, Corush, Qesarat, etc. suggest that the most important place for its distribution range in Albania remains the middle part of the Vjosa river and the Drino Valley. Fortunately, those rivers, still free from hydropower dams, with water pockets created in summer, offer very suitable habitat for the species. 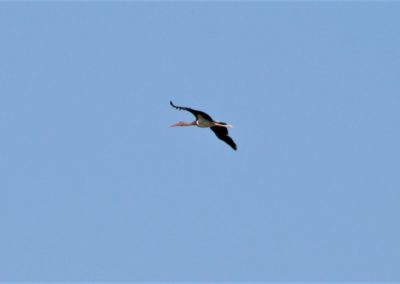