Despite the large number of actions taken by nature conservationists in Albania, the Egyptian Vulture still faces crucial threats to its population, such as poisoning, loss of habitat, and lastly, electrocution. Most of the power grids in this small Balkan country are constructed during the communist era, making them, at least, older than 30 years. Such an electrical system needs active maintenance, a process largely neglected by the public authorities as well as companies that operate in this sector.

Drino Valley is an important area for birds of prey, such as the endangered Egyptian Vulture. The study area has been declared an IBA since 2016, based on two main criteria: a) the endangered population of the Egyptian vulture and b) the largest Lesser kestrel pre-migratory congregation site in Europe.

Divided into two teams, the PPNEA working group investigated around 14 km of medium voltage power lines, while recording the data on the SmartBirds App.

The study identified several dangerous power lines along the valley, which seems to constitute a real threat, due to the high concentration of birds of prey that use the area as a feeding ground. Damaged pylons, such as the one located in the entrance of Glina village, where the working groups found two possible bird victims of electrocution pose a serious threat. However, PPNEA states that they haven’t found large number of dead birds near the pylons. Most probably the reason is the presence of carrion-eating species in the region, who clean the surfaces from dead animal bodies.

In cooperation with the Conservation Youth Club – Gjirokastra (CYC) AOS surveyed 16 transects of power lines, with a total length of 44.2 km. The study was conducted in two different seasons of the year, spring and autumn, corresponding to the two seasons of bird migration.

During the monitoring of power lines, AOS recorded the feathers and remains of a Lesser kestrel (Falcon naumanni) and Eurasian magpie (Pica pica). In the first finding, the Lesser kestrel is thought to have been electrocuted by a low voltage pole, while in the second case, the Eurasian magpie is thought to have collided with a low voltage line as well, as it was found below the line and at a considerable distance from pylons.

In addition to the above findings, an assessment has been made of the potential hazardous power poles and lines in this territory. The most dangerous power lines are considered those in the open field, perpendicular to the valley and transects near the Lesser kestrel (Falco naumanni) congregation site. Potentially dangerous poles distributed almost throughout the study area have also been identified.

The study recommends mitigating interventions on poles potentially dangerous for birds, retrofitting them (30 poles next year), and reducing the risk of birds colliding with power lines by installing “bird diverters” on the lines.

AOS finds the opportunity to thank the members of CYC-Gjirokastra and their well-known teacher Dr. Gentjan Hyka, for their huge contribution to power lines monitoring, as well as, their excellent commitment and support on the protection of the Egyptian Vulture in Albania.  In addition, they also need to highlight and give huge thanks to OST_Albania specialists for identifying the type of electricity lines and poles. This action, shouldn’t be done successfully without the professional supervision and guidance of BSPB specialists during the whole process.

For more information on the study, findings, and specific recommendations for reducing the risk power lines pose to birds, we invite you to read the full reports of AOS and PPNEA respectively here and here. 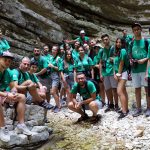 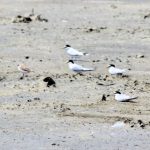 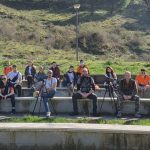 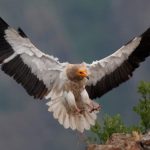 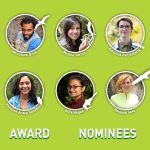