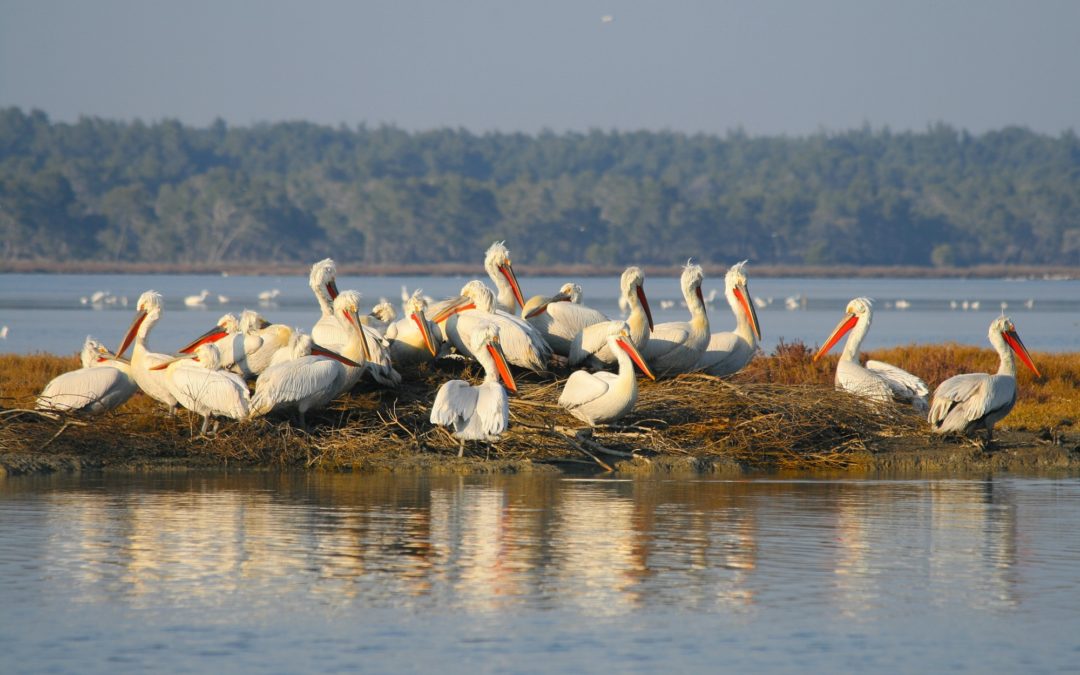 Dalmatian Pelican (Pelecanus crispus) is the symbol of Divjaka-Karavasta National Park, the only breeding site for this bird in Albania.

Before the 90s, there were hundreds of breeding pairs (200 – 250 breeding pairs) in Karavasta Lagoon. While, after the 90s the number of the breeding pairs suffered an extreme decline, questioning thus the future of this species in our country.

Habitat change, lack of food (as a result of over fishing), human disturbance (illegal killing of birds, stealing of the eggs, taxidermy) are some of the main reasons that led to a frightening decline in the number of the Dalmatian Pelican’s breeding pairs after the 90s.

Fortunately, there was an instant reaction from conservationists, governmental institutions, local community and more, preventing thus a painful end for the Dalmatian Pelican. Thanks to the work of all this people, the Dalmatian Pelican’s colony has been recovering these last years.

2019 – Year of success for the Dalmatian Pelican.

2019 is the year when the highest number of the Dalmatian Pelican’s breeding pairs has been recorded in Karavasta Lagoon.

During this year, for nearly six months the colony has been in 24-hour control by the Administration of Divjaka-Karavasta National Park and AOS wardening system. The latter functioned largely at night to avoid cases of illegal fishing using flash lights.

While the conservation team ensured the security of the colony, another team has periodically monitored to control the colony’s seasonal evolution and improve current management practices.

In conclusion, 68 breeding pairs were nesting this year in Divjaka. This is the highest figure ever recorded in the last 30 years.

Now, a small part of the fledglings has been ringed with orange plastic rings and a special code that starts with the “Y” letter. These marked individuals will provide us with data on breeding biology, dispersal distances, distribution in different seasons etc.

Fledgling Pelicans are now able to visit other areas and spread the name of Divjaka. AOS feels proud of this modest contribution to the conservation of nature in Albania. “Let’s Make Divjaka Natural Again” project is supported from Critical Ecosystem Partnership Fund