The Black Stork, wintering in Albania! 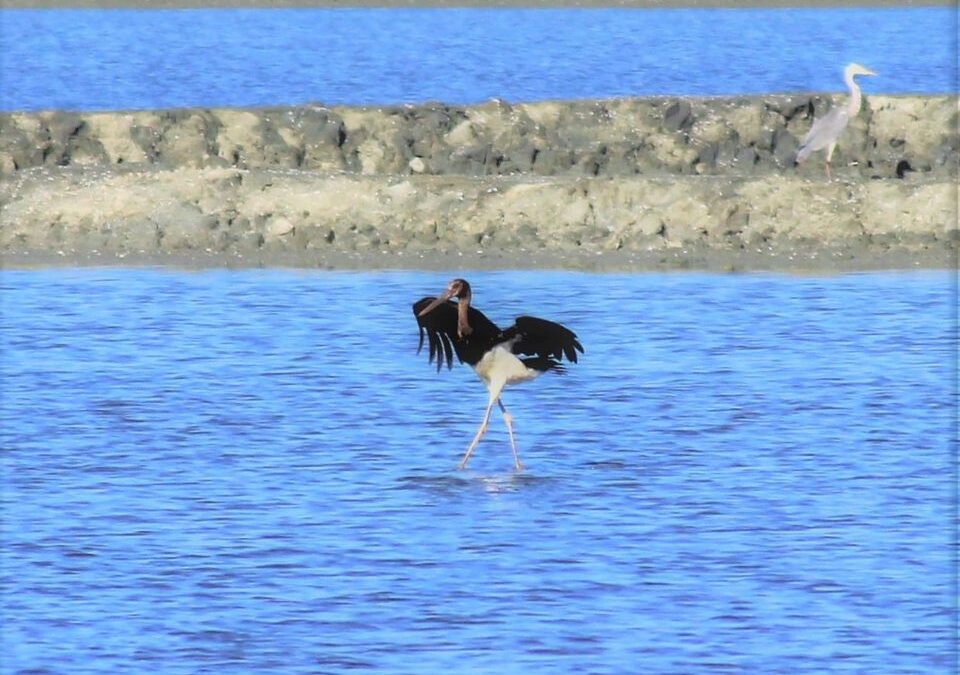 The observations of the Ornithological Friday of November 20, 2020, were enriched by the extraordinary presence of a juvenile of Black Stork (𝘊𝘪𝘤𝘰𝘯𝘪𝘢 𝘯𝘪𝘨𝘳𝘢), observed in the Salina of Vlora. Based on the existing information, this is 𝘁𝗵𝗲 𝗳𝗶𝗿𝘀𝘁 𝘄𝗶𝗻𝘁𝗲𝗿𝗶𝗻𝗴 𝗰𝗮𝘀𝗲 𝗼𝗳 𝘁𝗵𝗲 𝗕𝗹𝗮𝗰𝗸 𝗦𝘁𝗼𝗿𝗸 𝗶𝗻 𝗔𝗹𝗯𝗮𝗻𝗶𝗮.

The Black Stork was observed while foraging in the presence of Great White Herons. Showing its characteristic behavior as a very shy species, the juvenile drew immediately at safer distance, far from our observers.

The wintering cases of the Black Storks, albeit not numerous, are registered more and more often in Europe as it is the case of the Iberian Peninsula (Spain). The Black Storks could winter in small groups or lonely individuals.

They usually exploit for feeding the morning hours when the light intensity is stronger and the temperature rather high.Their main diet is composed by fish captured nearby water currents where the food is more available. Its morning hunt continues for circa 6 hours and later on their metabolism reduces in order to face the cold night. The amount of food at the adults is 500-750 g in summer and 530 g in winter.

As for the White Stork (𝘊𝘪𝘤𝘰𝘯𝘪𝘢 𝘤𝘪𝘤𝘰𝘯𝘪𝘢), one of the main reasons of the Black Stork (𝘊𝘪𝘤𝘰𝘯𝘪𝘢 𝘯𝘪𝘨𝘳𝘢) wintering in Europe could be the global climate change, with milder winter seasons that allows for available food and higher temperatures for survival. 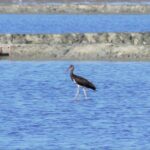 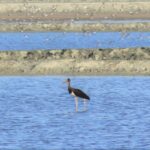 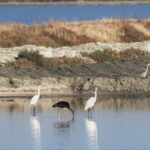 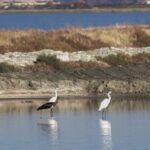 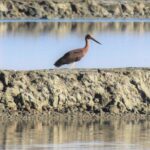 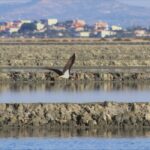 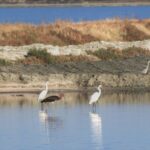